This Friday night and Saturday morning is the best time to see the best lunar eclipse ever!!

Okay, slight exaggeration but this lunar eclipse is definitely the longest for 100 years! And it is visible almost everywhere in the world… except for Northern America. Considering they had the solar eclipse last year, I think they will survive.

What is a Lunar Eclipse?

As covered in a similar post earlier this year, a lunar eclipse occurs when the Moon passes behind the Earth and into its shadow. The Moon does not have its own light source; that big pizza pie in the sky is reflecting light from the Sun on to the Earth. So when the Sun, Earth, and Moon are all aligned, it means the Moon will pass into the shadow of the Earth. This also means a lunar eclipse only happens during a full moon. Waxing and Waning Moons occur due to the odd-angle the Moon sits relative to the Earth and the Sun.

The great news is you don’t need any special equipment; no funky glasses or special telescopes. Just pull up a seat and gaze at the moon. Bring snacks as well because lunar eclipses can last a while, and this one is the longest. Experts (like NASA and the Sydney Observatory) advise the moon will be eclipsed for one hour and 43 minutes!! During this time, we have the greatest opportunity to witness a “Blood Moon”. 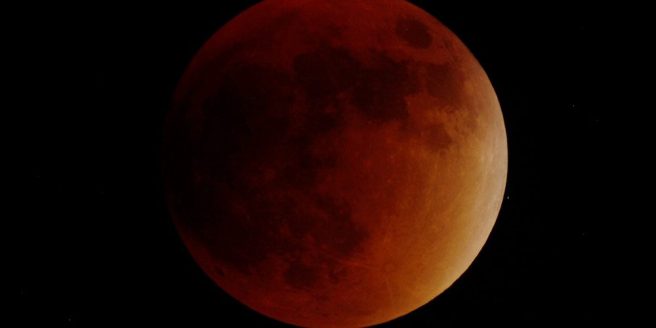 Wait… What is a Blood Moon?

Some cultures used to refer to a total lunar eclipse as a blood moon. When the direct sunlight is completely blocked, the only other light seen is refracted through Earth’s shadow. This light looks red because of the ‘Rayleigh scattering‘ – that’s the scattering of light by particles.

Light, as we see it, is a spectrum of colours. When it is refracted (or split) through the atmosphere, we can see different colours. This is most noticeable with the blue sky and the different colours in sunsets due to dust particles in the air. For a lunar eclipse, the Sun’s light refracts around the edge of the Earth and hits the Moon. Blue and violet wavelengths scatter more than red and orange wavelengths, so the red is more like to reach the moon. Thus, it looks like the Moon is bleeding. 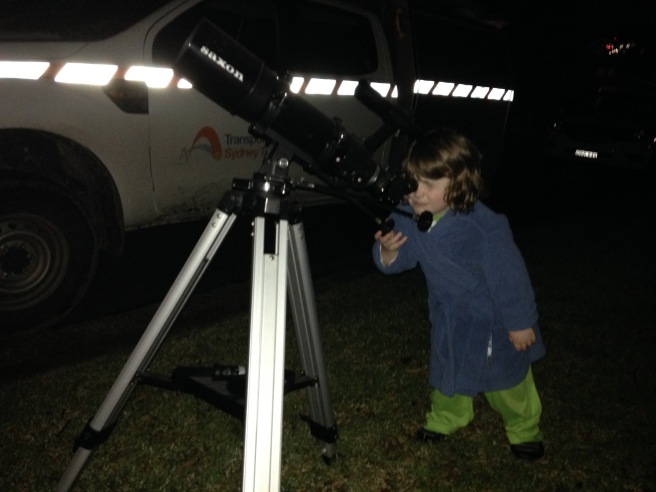 When and Where Can I See the Blood Moon?

The absolute best viewing points are from Western Asia, across the Middle East, and East Africa. If you are in Australia, Oceania, Europe, and the rest of Africa, you still have a good chance of a great site. North America and Greenland are out of luck this year.

Not the best timing for us but an early start shouldn’t kill me. If you are specifically after the Red, then make sure you are comfortable looking up around 4.30am AEST on Saturday morning. The total eclipse should occur between 5.30am and 6.30am, with the Moon setting around 6.55am. The Moon is going to be close to the horizon, so look to the West-South-West.

Those in Central Asia will probably have the best viewing of all. Look up from around 3.30pm and you might be able to catch the Mars Opposition at the same time. For those in India, you should aim for around 11:50pm local time on Friday night.

The Middle East should be able to see the whole event in its entirety. That’s 103 minutes to make yourself comfortable. The eclipse should start around 10:24pm local time.

The days are pretty long in Europe right now. Follow your early dinner with an evening walk to the best vantage point by 8.45pm. With your warm Summer nights, you can probably stretch out on the grass and soak it all in. I’m a little jealous.

Eastern Africa will have the best viewing across the continent with other regions maybe missing the start. My contacts tell me the eclipse should be completely visible in Eastern Africa from 3.30pm to 5.15pm local time.

Most of South America will only catch the tail-end of the eclipse, after sunset on Friday 27 July. However, don’t be too disappointed because your next big event is a total solar eclipse on 2 July 2019, with totality running through Chile and Argentina. Still, tonight’s event is a nice way to kick off the evening.
Yes, I will most likely be dragging my tired sorry butt out of bed early in the morning to check it out. Due to my sleep deprivation during the last three weeks, I am giving no guarantees for photos. You’ll just have to wait and see.