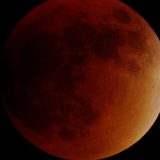 Best. Lunar Eclipse. Ever. (July 2018) Well, at least the longest. Which means more people can see it. And that’s pretty good in itself.

Remember the last Lunar Eclipse visible in Australia? Last year, in 2017, just before the Solar Eclipse that sent everyone in the United States crazy (or at least a little crazier than usual)? Remember how it was at 3am? There was nothing partial about my dislike for waking up at […] 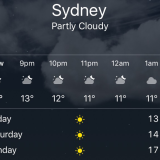 This Saturday, 1 Jul, is Sydney AstroFest. Fun, free, and family-friendly astronomy and astrophysics. And for the first time, with a forecast of clear skies!!

I have the Power!! DIY Solar Eclipse Viewer

In years gone by (a looooong time ago, minions), people believed that evil things happened during eclipses. The Vikings believed their Sky Wolves were chasing the Sun and the Moon, sometimes even catching them. The delicious snack was an eclipse. Apparently. In Vietnam, it’s a very hungry frog out for […]