One Trolling School Principal At A Time

Our school Administrator is trolling me. I’m absolutely certain of it.

This year – I promised EG Dad and Sinister to be on my best behaviour and NOT antagonise the Troll. No stomping over her bridge, so to speak. And then it all started at the beginning of the year with the School Holiday Policy – Basically, you are not allowed to take your spawnlings on holidays outside of school holidays.

In the UK, you can be given a penalty of £60, rising to £120 if paid after 21 days but within 28 days. If you don’t pay the fine you may be prosecuted. Seriously. I don’t know much about other jurisdictions, like US or Canada, but I do know of a few minions who have been caught up in the scandal of the fines. In Australia, it varies from State to State. Even then there is no consistency between school.

Our public school announced the policy early this year. You must not take your child out of school during school term without first submitting an Application for Exemption and obtaining a Certificate of Exemption from your school administration. Exemptions are available for Sport Activities, Medical, working in the Entertainment Industry or Special and Unique Circumstances. If the spawnlings were representing their country in the Hammer Throw, this wouldn’t be a problem. But alas – it is just a mere family holiday. 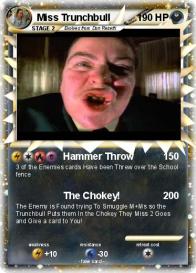 The announcement was made the day after I had paid for our tickets for an overseas holiday later in the year. Given our previous family holiday was partially in the school term as well (we normally travel for 3wks, with 1wk during term), I considered what the penalty could be. And whether my favourite school administrator would grant us an exemption. To apply, I had to have an ‘interview’ with her.

This 30min interview started with “Oh, since you bought the tickets before my announcement, I will have to grant you Exemption”, followed quickly with a long lecture about how kids can only receive education from a qualified professional in the structured setting of a classroom. To all the homeschoolers out there, this is not my view. Administrator Troll remember?

Now – everything from this point was always delivered with the utmost respect and diplomacy. Remember: I promised my best behaviour. And damn – it was HARD!

When I asked point blank what the consequences were for missing school, there was a lot of blustering until she eventually admitted there are no consequences. We don’t have the penalties like UK so it’s all just “we’ll put a black mark on his school file”, which will also mean absolutely nothing unless I was pulled up in Court for child abuse. At which point, I would think that missing a day of school would be the least of my concerns.

Fast forward a few months, and (as promised) I have submitted my Application for Exemption – even with the Administrator’s pre-approval. And then the school calls me.

Apparently, we are only away for 8 days of the school term. That’s not very long, is it? We don’t need the Certificate of Exemption, but we’ll keep it here just so we know where the kids are.

Yesterday, Administrator Troll approaches me at the school. I had just dropped off Sinister and Nefarious. She cornered me – there was no escape. I prepared for a full-frontal assault. I can take her.

“Excuse me, Mrs EG. I just want a word about your upcoming holiday.”

Out of the blue, Administrator Troll starts showing an interest in our itinerary. Even points out the educational value of a couple of places. Even points out the fantastic offer these places have for schools – including teacher resource packs you can buy for the classroom. And while she will not allow the kids to bring back information packs to share with their class, she would strongly suggest the benefits of paying for a few teacher resource packs to bring back and donate to the school. To share around with the other teachers. But not any that coincide with what our spawnlings are learning in the classroo
m. Because that would just be a distraction.

“Uh, thanks for the suggestion. I’ll keep that in mind on our holiday.”

She is trolling me, right? It’s not just me? I promised to be on my best behaviour for the whole year. But December is just too far away.