You’ve heard the saying. In fact, you may have even said it yourself:

“We live in a technological age.”

We don’t live in a technological age – sure there is plenty of technological stuff happening around here, but the level of resistance amongst general minions is overwhelming.

However, if there is money in it – oh yeah, we’re all for that. Pay someone else to create the convenience for us.

Unfortunately, it is starting to reflect in our school systems as well. A recent study by the Australian National Assessment Program (NAP) compared computer skills of students from 2010 to students from 2014. They discovered the average computer technology literacy of students in both year levels had dropped. Significantly.

Curious to know the skills they tested? Year 6 students were asked to search for information on a website, format a document, crop an image, and create a slideshow.

Now, of course, there are pockets of computing genius all around the world, so you need to remember this report shows the average. Some schools are pretty awesome – encouraging their students to use tablets and computers wherever possible. Every now and then you find a teacher who has included web development as part of the Year 4 HSIE assessment (remember: it does not have to be separate from the usual class topics; computer skills should be part of the bigger picture).

But you would also be justified in wondering why the hell computer skills are so dependent on the interest of the teacher and not the damn curriculum?!?

For example, Hour of Code is coming up (check out my contribution over at GeekMom for some details). Of course, I asked our school if they were participating – thinking, ‘Hey, it’s end of year and reports are already done. It’s not like it would be interrupting anything, besides teachers moving rooms.’

Apparently yes, it would be interrupting (what exactly, was never clarified for me) and no, they are not interested in a free and readily available resource to introduce coding to our spawnlings. It is not part of the set curriculum so it depends on whether the teacher is interested or not.

So what’s a poor geeky family to do amongst all this digitized doom and gloom?

Climb up on the backs of those lowly minions and rise above them all!

From what I can gather, you have two options. Choose wisely, young minion.

No, you do not have to send your little spawnling to some off-site call centre (no matter how enticing that may sound…)

There are many organisations, both private run and non-profit, offering after school coding workshops.

I recently talked with Nicola O’Brien, owner of Code Rangers (Sydney-based). The reason I singled her out is because one of Sinister’s school mates goes to Code Rangers after school and raves about it. He thinks it is awesome to be coding his own games in Scratch, talking about Robotics, and even looking at a bit of App design. 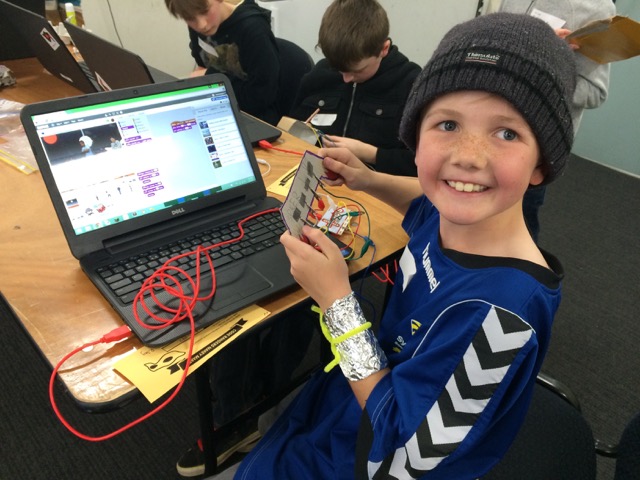 Code Rangers is fairly new in the scheme of things – started in late 2014, but is now running classes across the city of Sydney. Apparently, many potential EG parents are aware of the discrepancy in computer skills in the schools. Instead of fighting the schools, they opt for workshops like Code Rangers to fill the gaps. And business is good.

Here’s the good stuff – The ratio boy:girl is about 60:40, and there is no “special focus” for girls or ‘pretty pink keyboards’ and the like. The workshops are very matter-of-fact about presenting computer skills as they are to everybody. In fact, they recently had a team of four (4) girls make it through to the finals in the Australian Search for the Next Tech Girl Superhero comp. 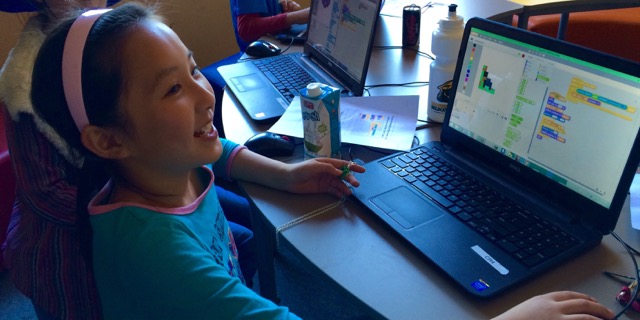 Oh frack, that sounds so kitschy. But it was a really good program teaching the girls the many steps it takes to build an app (and not just coding). Next year, they are looking at more programs for all the spawnlings: like the Australian National STEM Video Game Challenge. But more on that another day.

The thing I like about Code Rangers is their workshop style, rather than basic tutorial style. They use programs like Scratch and Python, with a bit of HTML CSS and Javascript when the need arises. Yes, when it arises – because they run their workshops with the initiative of the kids. They look at what the kids want to work on as part of their projects and run with the inspiration from there. Less ‘working’; More ‘supervising’. A sandbox style of learning. 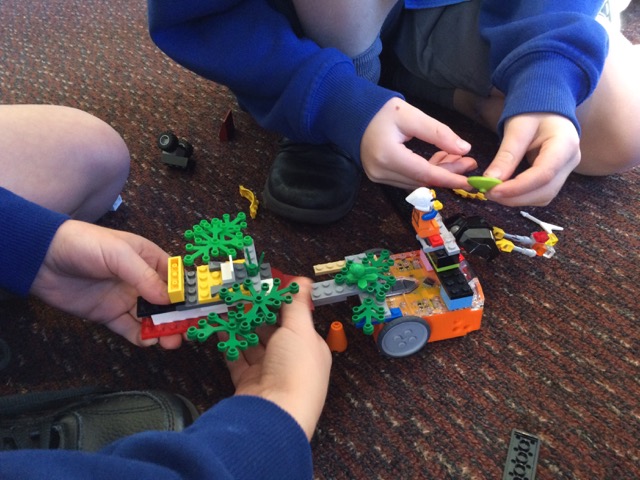 If you want to have a taste of Code Rangers, check out their Open Workshops in Chatswood as part of Hour of Code. Not in Sydney? Check out the Hour of Code registrations list on their website. It will show you any of the schools and private organisations participating in Hour of Code anywhere in the world.

Don’t have anyone in your area. Then DIY, minion!!

If you have totally rad computer skills, go for it.

If you have rudimentary computer skills, you can probably still get away with some basics. Start with Hour of Code, and some Scratch. Learn with your spawnling. Show them self-directed learning and they will be ahead of you in no time. Hour of Code has both Star Wars and Minecraft tutorials this year. Check them both. 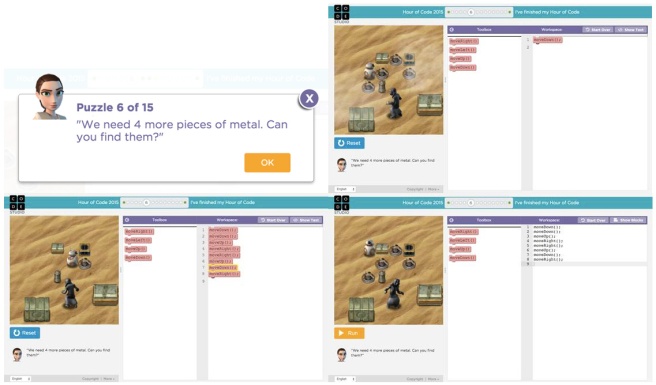 I recently spoke to one minion who homeschools her kids, and includes a lot of computer based learning. Nicci’s two kids started to learn code and animation this year and love it. They started with Scratch, adding Hopscotch and Mindstorms as they progressed. The kids are 7 and 11, but already they are showing strong interest in robotics and game development. They’re not too bad with the videos either.

So what does Nicci think about all of this? She loves how the kids think they are just playing games, like Minecraft, and yet they are developing some amazing basic coding skills. Skills that open up whole new levels of communication in our digital world.  How’s that for EG Parenting?

So where does this leave us? Well, to be honest, you need to go away and do some research. Yes, YOU. I’m not doing everything for you, remember you’re the minion. I’m just sowing the seed of curiosity in your mind – a very evil thing to do, but what did you think this was? The Rainbows and Unicorns Fan Club? 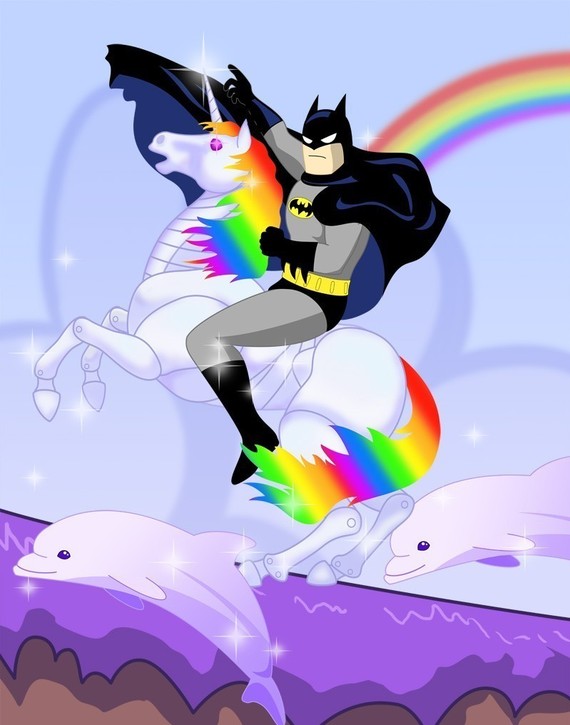 Image by Rosewine / Available for purchase on Etsy

Seriously though, you need to decide to what extent your spawnlings are interested. And let’s face it – they need to know some basic computer skills. Be honest about your own capabilities, and then source out some fantastic support programs online. Check out Scratch, Minecraft, and Hour of Code.

Over the next couple of weeks, I am going to post more stuff about resources available for kids to learn coding in their own time. I’m also going to outline all the elements of coding and program development – you do realise that it is not just coding a shoot-em-up game, right? There are a whole heap of different styles and elements to consider when asking if your spawnling is interested in computer technology. It might be art. It might be fashion. It might be comparative mythology. That’s why we need to focus more on STEAM and not just STEM.

We do not live in a technological age – we have a small minority focused on the progress of technology. But the majority are still too busy shifting off the responsibility to others; be it through laziness or fear of the unknown. If we, as a society, want to rely on the convenience of technology we cannot continue to rely on others to design and develop it for us.

As evil genius parents, we need to encourage our spawnlings to take us out of the Commercial Age of Convenience and in to the Technological Age of which we all dream. One day, robots are going to rise up and take over the world from the piddly little minions. And when that happens, it will be the spawnlings who can design and build the technology who will be Leaders. Gods.

They will be Evil Genius.