On Friday 15 March 2019, millions of students around the world participated in school strikes to speak out about climate change. If you believed the mainstream media news services and politicians, you would probably think the kids skipped school, yelled at the clouds, and then took off for a fast-food […]

Beat The Computers: Be Human

This post is part of a new series “If I Ran The People Zoo”, looking at the impact Artificial Intelligence will have on our spawnlings and their future.   So the last post in this series was a bit of doom and gloom. I pretty much said your spawnlings are […] 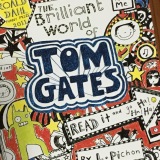 Sinister’s school class had an excursion yesterday. All the way over to the Sydney Writer’s Festival. His teacher was rather considerate and even gave us a list of writers appearing on the day, including Liz Pichon. For those minions who do not have pre-teen spawnlings reading and doodling all over […]

Sinister is starting off his school year by creating his own world to command and conquer. I like this teacher already. Sinister is in Year 5 OC (Opportunity Class – like a Gifted program in the public school system). In Science they are studying Space – Significant astronomers; Creation of […]

Forensic Fridays: The Spawnlings Are Taking Over

I know, I know. Forensic Fridays took a weeeeeee holiday of late. However, they are starting up again. And mostly because of Sinister (now 9yo). We have returned to school (in fact, we are Week 3, I think), and already the EG-spawnling has received a rather hefty assignment (more on his […] 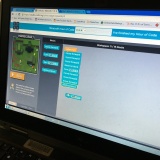 This is EG Inc’s first time participating in the Hour of Code. So why are we doing it? Because I’m curious. And why not?

We DON’T live in a technological age. Too many stupid minions don’t really want it. But there are people out there who want to help your spawnlings learn to code. Find them. Now.

When the teacher is ‘Wrong’ and the student is ‘Right’

Last week, I was asked to be an escort on Sinister’s school excursion to a Marine Education Centre. After laughing long and hard about the idea of ME being a ‘responsible, supervising parent’ – I accepted. I can’t guarantee that I’ll ever be invited again. Considering how it ended, that […]