One Sith Lord at a Time

What is it about the bad guys that is just so good? 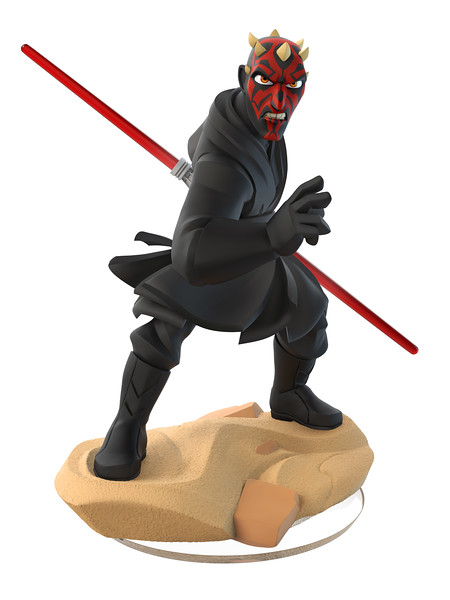 Now, while I wasn’t on the original bandwagon for the Infinity game, I am slowly converting over. Helps after playing a bit and talking a bit with the Disney guys at PAX Australia 2015 (you can read my reviews over at GeekMom). There is some real potential with this set. And where Skylanders seems to be on its way out with the spawnlings, Disney Infinity definitely seems to be growing in popularity.

Especially when they have the ownership of characters from Tron, Marvel, Pixar, and, of course, Star Wars. 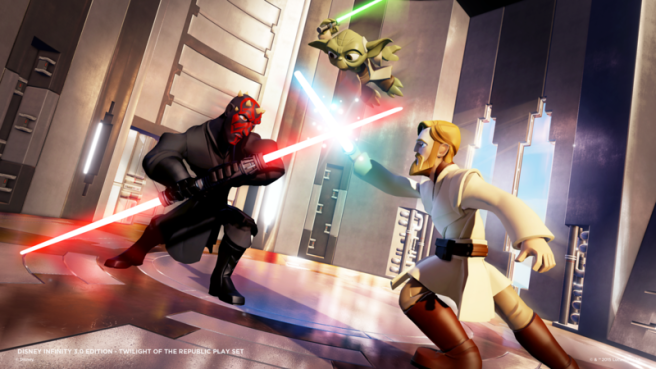 While shopping today, Sinister was overly pleased to hear of my seduction to the dark side. Really really pleased. Like, started to expand his Ninjamas Wishlist. However, he wasn’t totally convinced that I was sold on the whole Disney Infinity thing.

And then he pointed out Darth Maul to me.

Again: What is it about the bad guys that is just so damn good?

Darth Maul wasn’t even a good bad guy. Let’s face it – <spoilers> he was sliced in half, brought back to life with ‘other legs’ and then died again. Like, dude – pull it together.

But he has a very sexy double-bladed Lightsaber. Coming from the person who loved the joh in Jiu-Jitsu, this was damn sexy.

And to be frank, I’m not totally convinced that the dark side is really the bad side. That might just be the EG in me, but there are times where the manipulation and the whining of the Jedi bore me to tears.

So yes – I am converting to Disney Infinity. I am willing to sit down and play it with the spawnlings.

And it took the weird Sith, Darth Maul to seduce me.

Can’t wait to see the new characters when “The Force Awakens” is released.