Not sure how, but we did.

For those playing at home, EG Inc cosplayed with a Doctor Who theme: 9th Doctor; 11th Doctor; River Song; Osgood; and of course, the TARDIS. The Dalek is a bonus, given to us by family a few years back. Yes, it’s ride-in for a small child.

No, you are not small enough.

I love the cosplay. It’s just simple fun. It’s dress-ups for geeks, but it’s not a game. It’s a community. A nod to anyone’s fandom.

But I noticed something that this year’s FCBD (Free Comic Book Day): there was less cosplay then previous years. 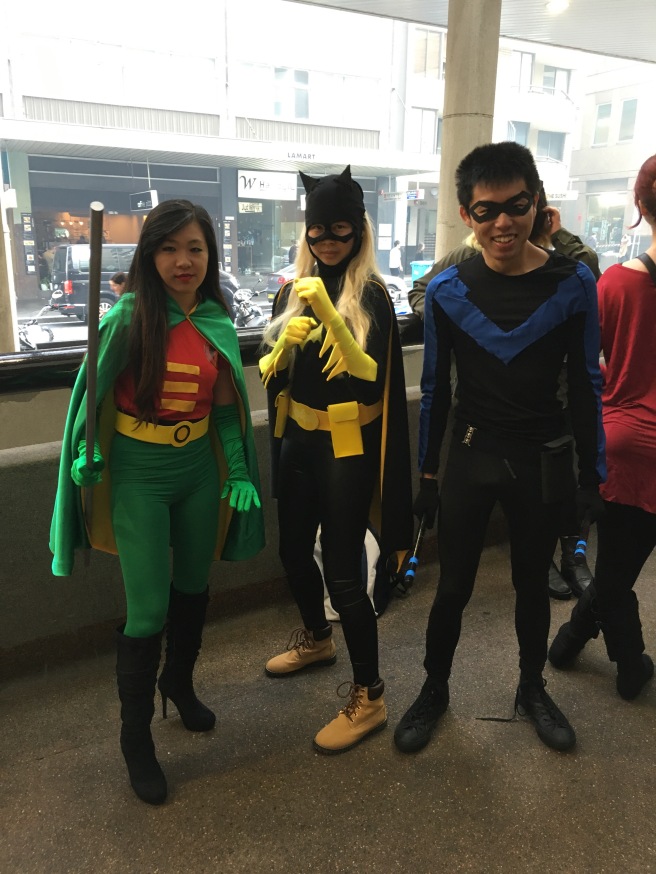 We had a little game in the car on the way to Kings Comics. I said I would see 5 Batman-cosplayers in the queue for FCBD. Sinister said 6; Nefarious said 4.

And I saw one Iron Man. And one Captain America.

Don’t get me wrong; there were some awesome contributions. But the pool was running a little dry this year. 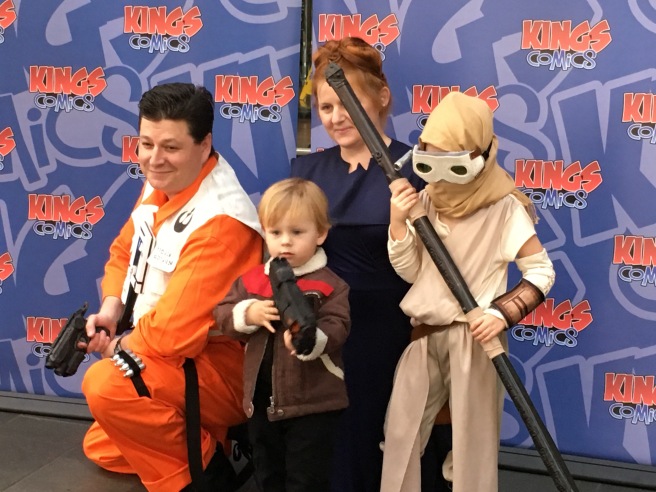 I had a chat with staff at nearby Kinokuniya and they had also noticed a difference, albeit more pronounced at Kinokuniya.

When we first came across FCBD in 2010, there was a great community of cosplayers working with the stores as part of the celebrations.

There were storm troopers (501st?), Trekkies, and a guy with a full-size Dalek.  There was chatting about the comics on offer, discussions about artists involved, and a general positive air about the whole event. FCBD is about promoting comics and reading for everyone – it’s not just reassuring established geeks, but inviting new readers to the genre.

The queue at Kings still had this, though not as strong as previous years. Kinokuniya, however, had no vibe. The staff were great but the line so long and impersonal…

How to fix it? I don’t know. Like I said, Kings still had it – but they were putting on a huge birthday party as well. They also have a different community: they are still a local comic bookstore (a large one, but still a ‘local’). They also have a great family focus for the day; plenty of activities and interaction with the kids.

Kinokuniya is a bookstore which has a pretty good comic selection… And a bigger manga section. The majority of cosplay who turned up at Kinokuniya were manga-inspired. But a good chunk of them didn’t even go upstairs to the store. They were just hanging around downstairs in the foyer.

There’s not a problem with this – I like the mix. But I wonder this the telling difference between the two. And will this continue to reflect on future FCBD? 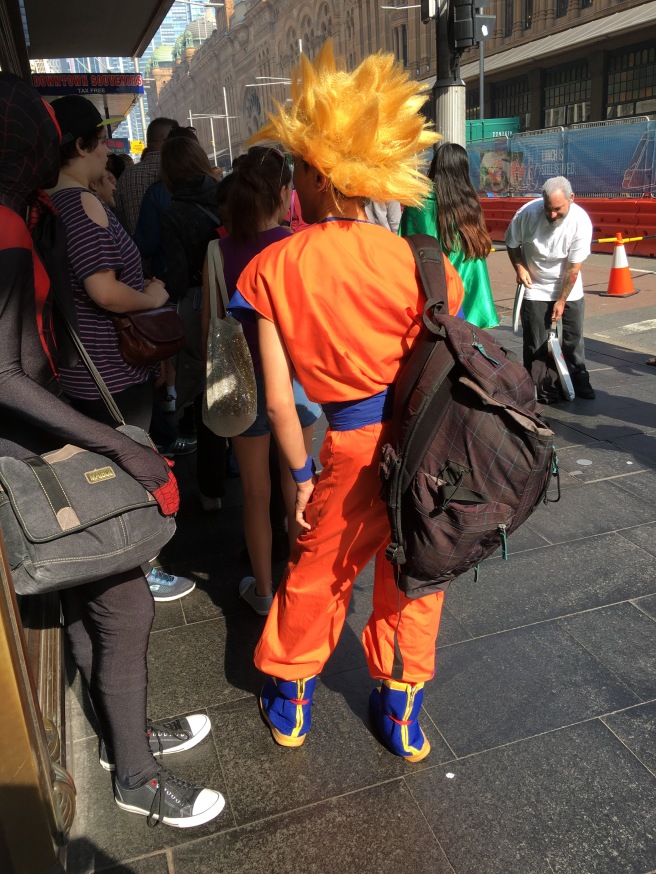 But enough about the cosplay and stores – what goodies did I pick up?

We also bought Gwenpool #0, a 9th Doctor comic, and my favourite: a signed trade copy of Black Magic. Nicola Scott was at Kings today. I’ll be sharing my chat with her over at GeekMom shortly.

Whatever happens at my end, make sure you go out and enjoy YOUR FCBD. That vibe I was talking about? It comes from YOU.