We all want the best for our kids. To be happy; To be smart; To be healthy; To be educated. The latest buzzword in parenting is “resilient”: we all want our kids to survive. Because in life, when you get knocked down, you need to get up again – swinging.

But how do we instill resilience? What’s the magic potion that raises your survival stats +10? The answer may lie in improvisation.

About a week ago, Professor Johannes Haushofer published online his “CV of Failures”. Essentially, it was a list of all the programs he didn’t get into, the Papers not published, research funding he did not receive. The CV was accepted by most with a sense of relief that hey! Here’s a professor that isn’t perfect and he’s doing okay!

Why was this a big deal? Because he was showing how he had been knocked down – and then got back up again. This is resilience. The ability to see any rejection or failure as a life-lesson, and improve upon it.

And this is where improvisation exercises can really help out.

Improvisation usually comes in two different streams – drama and music. Sometimes they overlap; sometimes they go their own merry way. They both take different approaches in how they are applied, yet still end up at the same destination: Resilience.

To find out the direct influence of improvisation on our brains, researchers Charles Limb and Allen Braun were shoving jazz pianists into an fMRI scanner, measuring the changes in blood flow to different parts of the brain during improvisation.

They learnt that when improvising, the conscious monitoring part of the brain (dorsolateral prefrontal cortex) is ‘sshhhh-ed‘ while the area for self-expression (medial prefrontal cortex) is woken up. In short, that little voice in your head that criticises you, and tells you to quit, and tells you how everyone is waiting for you to make a mistake: Improvisation tells that voice to shut up.

It happens in athletes too. Research there has shown how constantly working on “muscle memory” often results in choking under pressure.

So I ran this past a friend who is a performing artist AND a music teacher with kids, Helen Perris. Helen had her own anecdotal evidence about improv students showing greater resilience in other aspects of their lives. And while she wasn’t exactly sure whether this was cause or correlation, it was common enough for her to start all the younger students with improv and encourage the creativity with the skill. 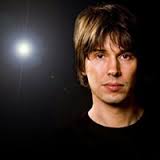 One more example of how good improvisation is: The Alan Alda Center for Communicating Science at Stony Brook University offers a graduate course on improv to help fresh scientists express their ideas without sounding like a textbook, or essentially a big nerd. I kid you not. The aim is to teach scientists how to open up with their communication and have more confidence in their visions and questions. They are teaching science bros to be even more awesome science bros! Soon the world will be taken over by nerds like Brian Cox… and I am okay with that.

So have I convinced you to jump on my improv train? Well, the first rule of improv is to say yes. And teach your kids to say yes.

Now don’t go crazy on this one. I know we still need to teach them self-awareness and protecting their own interests. I’m talking about saying yes to their own imagination. Saying yes to the creative impulse of their peers.

Kids naturally have this, and yet sometimes it feels like only the people who keep it into adulthood are actors and musicians; The Performers.

So I asked an improv actor about it. I had the opportunity to ask improv extraordinaire Jon Favreau on how he includes improv exercises with his own kids:

Improv is great for kids! It is so natural! In fact, I’m doing exercises with them all the time; the best way is when they don’t realise it’s an ‘exercise’ at all. It’s just a game or a bit of fun you’re having anywhere. Like playing games in the pool. 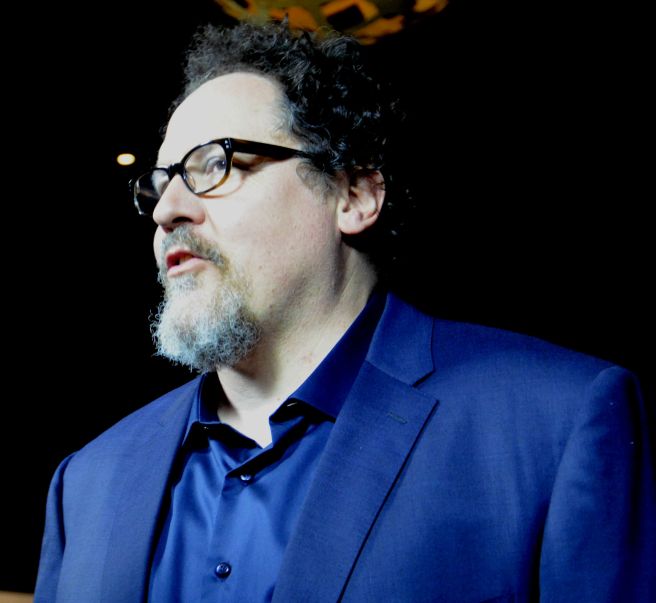 Of course, the first games that come to mind are the basic RPG – Jon is a huge D&D fan, and known for bringing a bit of RPG to his productions. Other alternatives are games like Munchkin Quest or Tavern Fame (both are huge favourites in our house).  But if that’s not your thing, there are plenty of other options.

Lisa (a fellow GeekMom) recently wrote about the importance of “worldplay” for kids; allowing kids the freedom to create their own world and roles, with no limit to their imagination. This is great, but you can make it even better. Get down with them and say “YES” to them. Let them make the rules and keep saying “YES” (so long as they aren’t showing complete psychopathic tendencies).

And it’s not just games. If your kid is feeling a little anxious about something coming up, have them pretend-play to work out their best/worst case scenarios. Help them ‘hear’ their own reactions and plan out subsequent reactions. I know adults who are prepping conversations like this all the time.

Each of these ideas is bringing out the kids’ creativity. It is telling that inner critic to shut up and give them a chance to grow outside the usual social boundaries. This is a good thing. This teaches them there is a world beyond this one event. That the world does not crash and burn if they make a mistake. That if something knocks them down, they will be okay. They will recover. They will get up swinging, and start creating a new world.

They will be resilient. And they will be marvellous.
This was originally posted over at GeekDad/GeekMom