I have just come back from a serious marathon road trip with the spawnlings, and my most favourite part of it all was the Nintendo 2DS.

The spawnlings were kind of fun as well. 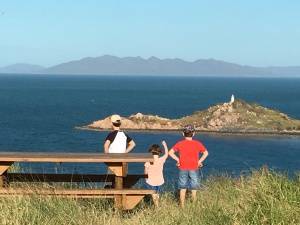 I’ll be the first to admit I had my trepidations. For the last 12 months, Nefarious has been feeling queasy in the back seat of the car. The EG Mobile is one of those three-row beauties (2x2x2 formation) with Zaltu and Sinister usually in the middle, and Nefarious in the back row.

And then one day he was car-sick. Like “redecorated the rear half of the car” sick. 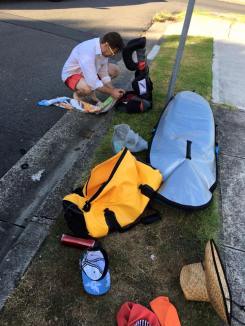 This was last year…when I had the broken wrist. Fortunately, EG Dad was driving the car. Or ‘conveniently’, as he put it.

Anyway, Nefarious had been reading a book at the time. Aha! I hear you say. Yeah, I came to that same realisation too, Einstein. Mainly because I also used to ‘redecorate the rear half of the car’ when I was a kid. Hell, I still do it now—IF I have been reading for more than 10mins in the car.

Naturally, this made me a little nervous about a 4500km round trip to Townsville, North Queensland.

So, for the road trip Nefarious moved to the middle row while Sinister moved up to the front seat with me (and played DJ/Navigator/telephone operator/food provisions). Nefarious also chose not to read any books in the car.

This in itself was a horrible thing to put on any spawnling. HORRIBLE. But especially for Nefarious, who proudly proclaims his signature statement as “Can I finish this page first?” And yes, he learnt that from his older brother.

And this is where the Nintendo 2DS came in. And I swear, I never had any intention of it being used but it was so absolutely brilliant.

Each boy has a 2DS and a couple of matching games to play, predominantly Pokemon. This means they can connect to each other within the car and battle or trade or whatever without a plethora of cords dangling around or having to climb over car seats just as the police drive by.

Image provided by Nintendo, thus proving they were eavesdropping on our road trip

And the 2DS does not make Nefarious sick. Not once. Not a peep out him until we hit Sydney on the return journey, and then it was only a headache from fatigue with the looooooooong trip.

Even with a total of an hour a day of DS time, the boy spawnlings were able to play together or separately, having some nice moments to break up the journey.

Now before you get all “oh, for the boy spawnlings only” with me, Zaltu is only 3 and a half. She is still learning how to play. She had a couple of moments playing Pokemon Gold on the 2DS (you can download it from the Nintendo Shop for about AUD$13). She also was on Pokemon Go duty sporadically during the trip.

But after the success of the last epic road trip, I am seriously considering one for her in the near future.

Nintendo must have been eavesdropping on my car again, because they have just launched a new 2DS XL, with the release on 15 June 2017. And it looks pretty.

Unlike the single-piece the boys have, the new design is a clam-shell with a larger screen just like the new 3DS XL. Personally, I prefer the 2DS for the spawnlings… and myself. Remember the car-sickness thing? 3D on the portables makes me queasy, and I ain’t taking that risk with the spawnlings playing in the car.

I’ll be honest—I like the pretty colours too. Although, I think considering how the current political climate might impact on the popularity of the white/orange scheme… Black/Turquoise for me, please!! 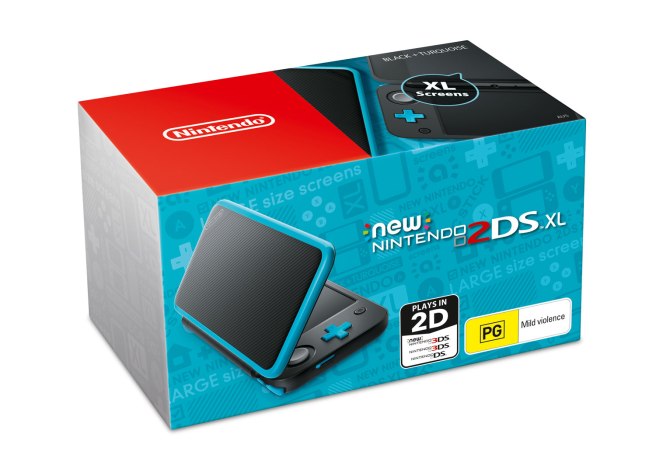 The only unnerving thing is how quietly they made the announcement. Don’t get me wrong: Nintendo was all about the bright party announcements for most of 2016. And it was a huge year for them.  But it makes me feel like this announcement for the 2DS XL is missing something. Like they are holding back on us… At AUD$199.95 (RRP), it’s more than the standard 2DS but having a flippy-feature is not enough for me to take that engineering risk with my spawnlings.

I’m really hoping they have some additional feature yet to be announced. Maybe, just maybe, they could lighten up on the region blocking? That would seriously make my work with GeekMom a lot easier.

Purchase of a new 2DS, however, is on hold. Right now I need to focus on recovering from the road trip. And while I am grateful I don’t have to clean up biological confetti, we do have some unfortunate offerings to the Travel Gods that need to be dealt with.